Theoretically the web is in itself accessible for people with disabilities. The theory is wonderful. Yet in practice we’re not there yet.

Yuri, a brilliant fellow student of mine gave a fantastic presentation in which he explained why he’s done with web design. In the beginning nobody knew what to do, so there was much room for experiment. But as the web grew older we found patterns that work, and we published books about them. Today the web is like a bicycle. Bikes have reached their final form. There are city bikes and race bikes. They differ slightly. All innovation, if any, is in the details.

According to Yuri, and others, we’re at the same point in web design. They move on to new technologies where that pioneering mindset is more obviously needed. 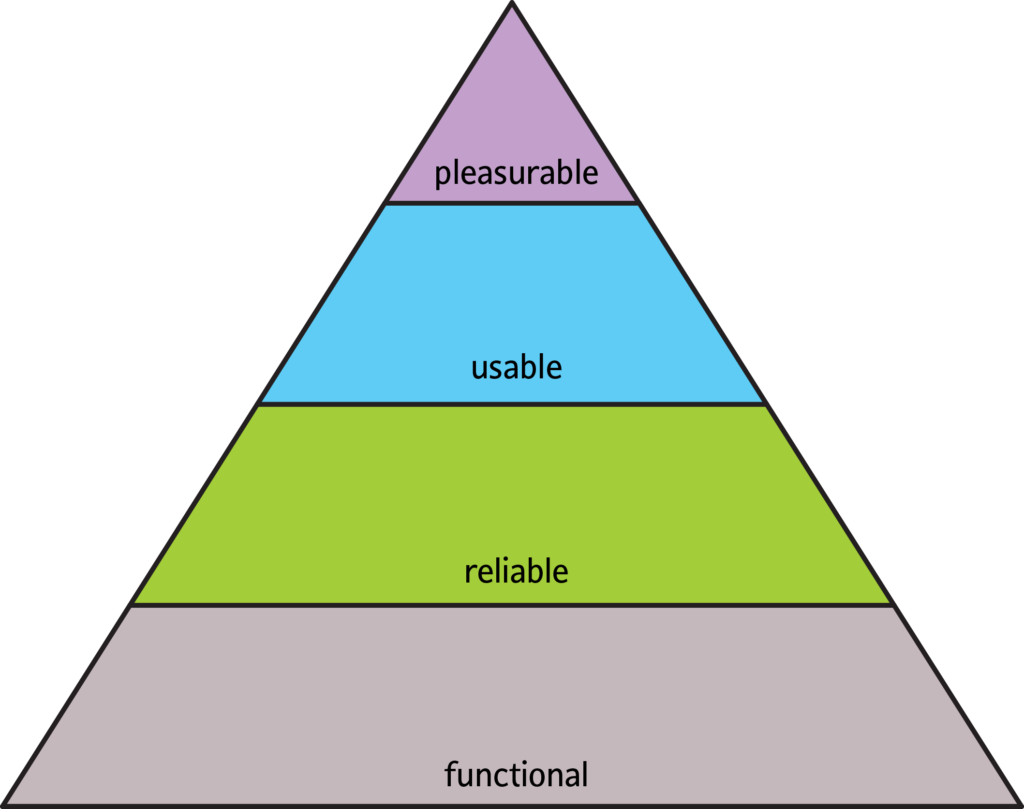 What about blind people?

Last summer I invited Léonie Watson to come and do a talk and an extensive Q&A at our university. Léonie is a blind web developer from the UK. The question we talked about that afternoon was what does Delightful UX mean for someone who is blind? Of course I hoped to get a few pleasurable examples, but I found the conclusions rather depressing: For blind people we haven’t even mastered the lowest bar of Aarron Walter’s pyramid.

Léonie is delighted when the task at hand can be done, even if it needs a bit of hacking, or a few tries. But more often than not it’s simply impossible. For spoiled brats like me this sounds more like an unacceptable experience. It’s my ambition to make this level of user experience unacceptable for everyone. So to conclude:

Inclusive Design (or Universal Design, or Design for All) is a design philosophy that wants to make products that work for everybody. The idea behind it is that a product designed for someone with a disability is easy to use for other people as well. For instance, lowered curbs are essential for people in wheelchairs to travel independently, but many other people use them as well. Students with crates of beer on skateboards. Parents with trollies. People who simply prefer walking down a slope instead of stepping down. Recently a woman in a wheelchair had to wait for me because, without thinking about it, I used her lowered curb.

Are all interfaces equal?

One of the problems I have with inclusive design on the web is that it assumes equality. Every feature we design and build should work to a similar level of satisfaction for everybody. Which is a laudable goal, but it’s also slightly unfair: we’re experts in creating interfaces for the spoiled brats like myself. But we haven’t even started with building the pyramid of needs for people with disabilities. I think right now designing for disabilities needs much more attention.

Most web design is boring

Applied to the web, one of the critiques I hear every now and then is that inclusive design would be boring. Like unisex t‑shirts. Everything but sexy. There are quite a few examples of interfaces that are inclusive and exciting, like Beadz, the quantum polymetric drum machine made by the exceptionally talented Heydon Pickering. I don’t believe that inclusive design is boring. There’s a bigger problem on the web: Like Travis Gertz shouted in his essay Design Machines: Everything looks the same!

Which goes against Yuri’s assumption that graphical user interfaces for the web are done.

Beadz looks good, and sounds good with screen readers as well. It works remarkably well with all kinds of input.

What about exclusive design?

Good design principles can be reversed, says Jared Spool. So when the Pacielo Group published its Inclusive Design Principles I flipped them around to see what would happen. They did not look uncommon. At first they looked like something the design team that created the unusable Oasen website would have used. A focus on originality, on branding, and on a single, happy user, while ignoring conventions. When used in this way these exclusive design principles don’t look too useful.

But what if we use these exclusive principles to design the interfaces that people with disabilities need? They might provide the right focus when we use them for so called stress cases. And I’m not sure if this is true, but maybe the designers who crave for novelty may be attracted somehow to coming up with reliable, usable, and even pleasurable interfaces for people with disabilities. 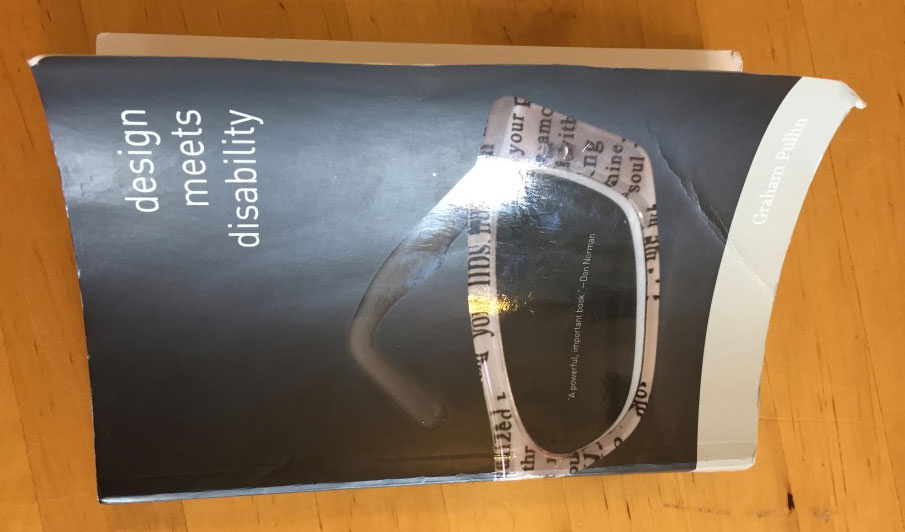 In his book Design Meets Disability Graham Pullin writes about the experiments he did with (fashion) designers and product designers with a clear signature. His aim is to lift accessible design over the lowest, purely functional layer of Walter’s pyramid. This way he came up with new ways to look at things like wheelchairs. In other chapters of his book he talks about the personality of the person who uses the wheelchair. And he asks the question what would happen if their personality is added to the design as well. I think the web could use these kinds of experiments as well. What happens if we add the personality of the user, and the signature of the designer on top of a tailor made interface.

The conclusion I’ve drawn so far from the little research I’ve done is that not much innovation is needed in graphical user interface design. Yet at the same time there’s a lot of innovation needed when it comes to accessible interfaces, where we’re still in the basic phases of the user’s needs.

The First The Good, The Bad, and The Interesting Exclusive Design Challenge