Today I created conversation pieces that emulate a disability. At first I tried to manipulate my Mac: every few seconds the tracking speed was toggled between super fast and super slow. And the scroll direction toggled between natural and old fashioned. The people who tried to control my Mac didn’t feel disabled though. They simply thought my Mac was broken.

Next I created two glasses that emulate a severe problem with the eyes. I’m not sure if these are existing eye conditions, but that doesn’t really matter. I wanted to observe how students of an art school would react to looking at the world through such glasses, and if they could come up with ideas for what the world should look like if we considered these kinds of conditions when designing the city, or places like our school. Or virtual places like the web and games. 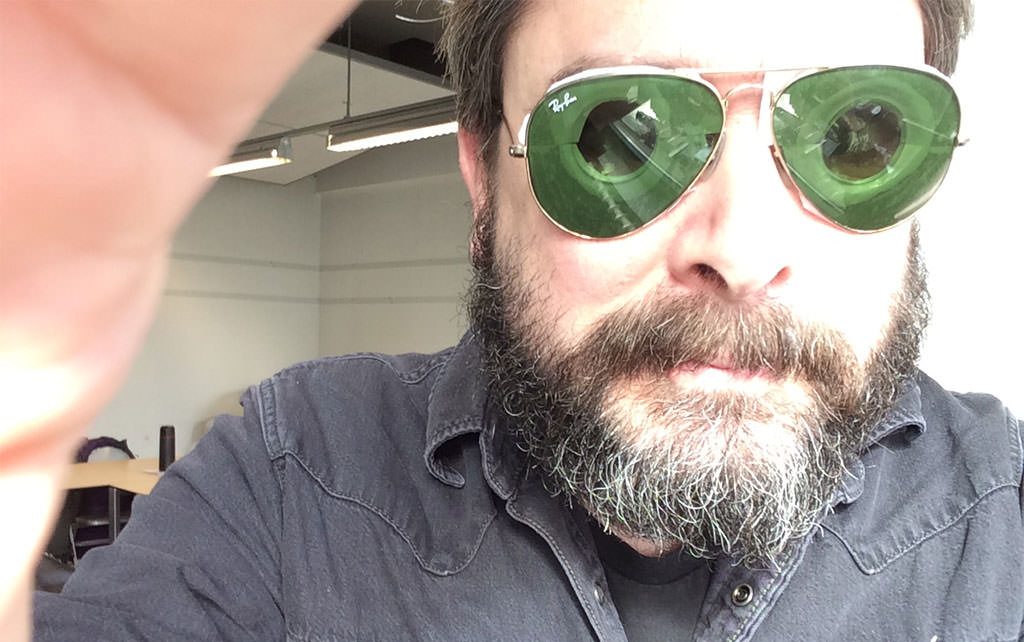 The two conversation pieces I used to start my conversations were both glasses. I glued the lenses of a Google Cardboard onto my sunglasses. The result is an extremely blurry, distorted world. Very uncomfortable. You can read things with it from a very close range though. Things are sharp at 5cm.

I also taped shut my reading glasses, and only left one tiny hole open to peep through. It’s a bit like looking through a tunnel. Everything is super sharp, but the world is tiny.

I asked a few students who were taking a break if they would like to try on these glasses. I didn’t really tell them what it was for, and to be honest, at first I didn’t really know myself. Most of them immediately guessed it was about something for the blind.

Smoking art student in front of the WdKA

The first student I talked to was an illustrator who was taking a break outside. 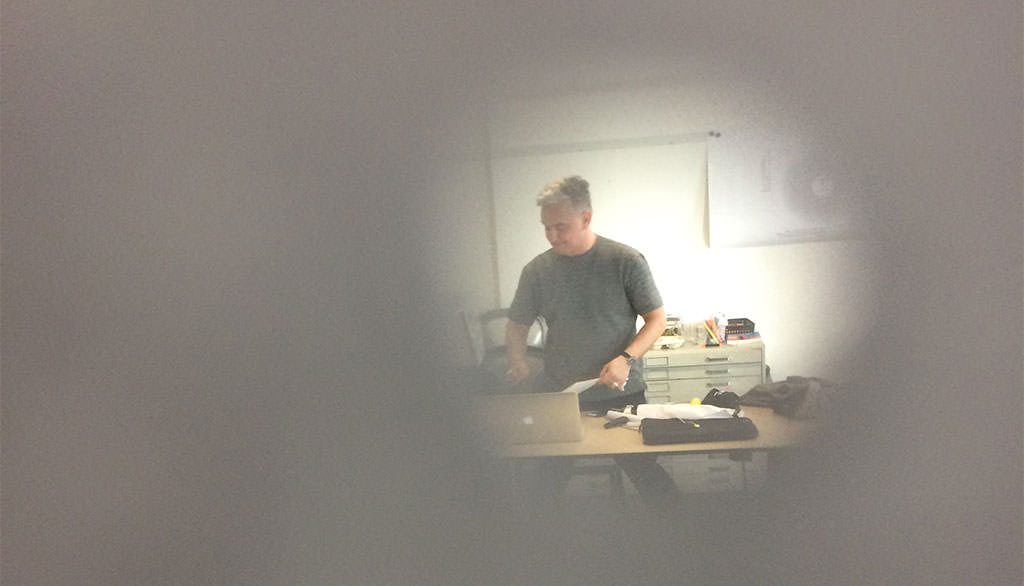 The pinhole glasses made him paranoid about what was happening in the area he couldn’t see. Which brings forth a good question I should have asked: are you curious about the things you can not see right now? Do we need chameleon eyes?

He really missed the overview. But he couldn’t really think of any improvements.

His reaction to the cardboard eyes was extreme. He literarily said that if he woke up one day and his world looked like this, he would be dead in two days. It has to be said, these glasses are indeed very uncomfortable.

I asked him to cross the street and try to come up with possible improvements. Both the road and the sidewalk are grey. And there are some grey anti-parking blocks on the sidewalk. Very low contrast. A solution he came up with was high contrast curbs and blocks. He posed the question if we want to live a high contrast world? He preferred lower contrast.

The virtual world, on the other hand, could have a high contrast if it were up to him. This could be by default, or as a setting.

Andres from the fashion department

Andres was watching an over the top video clip and I asked him if he could continue doing that with these glasses.

With the pinhole glasses there was no real problem, he could still watch the video he was watching. He just had to move his head a bit. 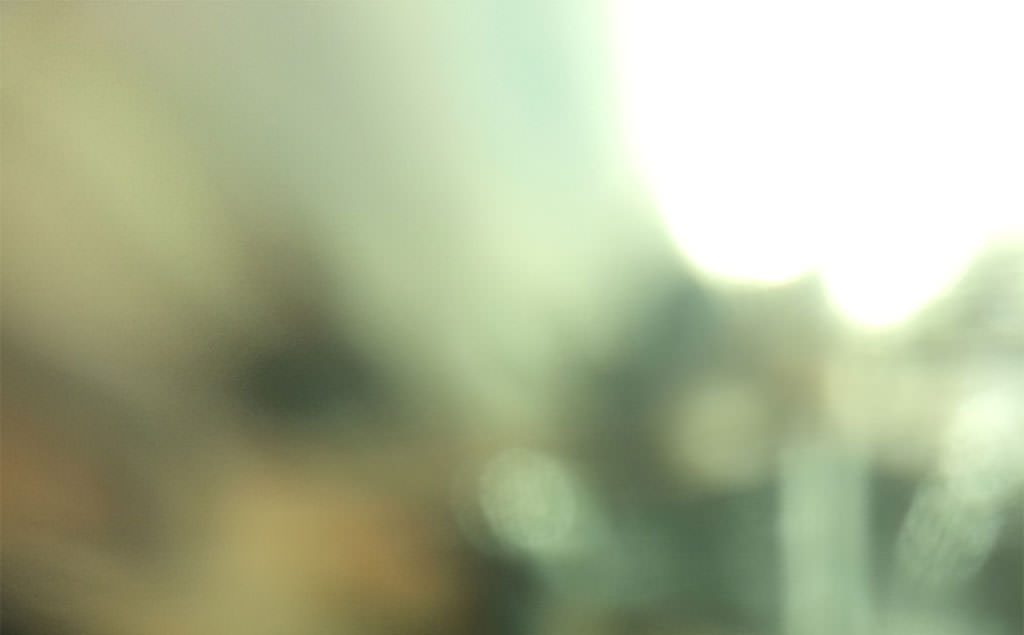 He stopped watching the video with the cardboard glasses. It simply couldn’t be done. We quickly switched out conversation to problem solving. Andres suggested we could add colour with meaning to the world. And sure, this would be an improvement. The weather is grey, we don’t need a grey environment as well. When I asked if the world should look like Supermario he grinned and confirmed. Yes. That would be a good idea.

We could work with sound as well. This can be very irritating but we both had to smile at the memory of the “mind your step” sound at the end of the conveyor belts for people on Schiphol Airport. Sounds as a means of wayfinding, he concluded, can be integrated into cities, if done well.

Another interesting thing he said was: maybe this shouldn’t be a design problem. It’s a financial problem. We should fix people’s eyes, not the world.

I asked three student who were standing outside: would the world look the same if this was the default eye sight? They unanimously agreed that no, it wouldn’t. The world would be more colourful, and again, colour would have a function. Maybe not as colourful as Super Mario, but it doesn’t have to be as grey as Dutch cities look today. Cushions and mattresses everywhere! was another suggestion. I like both ideas.

When I told them about the research I’m doing they talked about a memory game that a fellow student of them made for their blind sister. It was a hybrid visual and tactile game. They liked that idea a lot. That you can create stuff that works for everybody.

I really enjoyed this day. I had never really done any research in this way. It’s fun. I think an art school is an excellent place for conversations like this one if you’re looking for surprising ideas. I will definitely do more conversations like this one in the future. With similar glasses, and probably with other attributes as well. Next time I will take a bit more time to prepare them though.

Accessibility meetups and my master

Trail: The Urge to Create